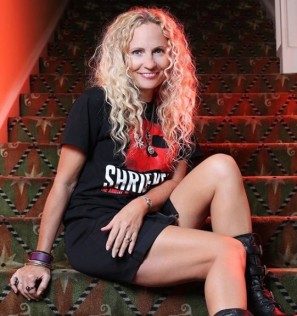 Shriekfest is a bi-annual horror film festival that takes place in both Los Angeles and Orlando. The event is organized by actress Denise Gossett (best known for appearing in Tom Hiddeleston’s movie I Saw The Light and Mel’s Gibson’s Get The Gringo). She founded Shriekfest 2001 and it’s been the 18th year for Los Angeles. It’s one of the most influential horror film festivals and definitely one with the best horror film screenings.

I was graciously given a Press Pass for the event by Denise and was able to attend the third day of the festival (it’s a four-day fest). I opted to go on Saturday because it was screening the most films that day and had several shorts listed that I was thrilled to check out.

The films were screened at the Raleigh Studios on Melrose Avenue, at the Chaplin Theatre. The inside of the theatre had that old Hollywood glamour to it with comfy velvet cushioned seats that made viewing a marathon of movies (we stayed nine hours with short fifteen interruptions between each session) fairly easy.

Out of the shorts I viewed, one of my absolute favourites was “Snaggletooth,” which was about an unconventional dentist visit. The film had a good mixture of humor and creepiness to it that I enjoyed. Another really excellent short was a British one entitled “The Moor,” that centered around a father and daughter who go the moor to celebrate May Day but find out that sometimes the pagan gods may take something from us that we’re not ready to give up. “A Doll Distorted,” explored mental illness and how obsessive love can lead to dire consequences. “Avulsion,” was another of my favourites as it followed a blue collar worker who visits an escort that is capable of fulfilling her clients unusual and twisted fetish desires.

I really enjoyed the music video for Medicine from Peter Bibby. It had a bunch of kid doctors performing an autopsy on Peter Bibby’s body who’s begging for pills, hallucinogens, or some other form of medication rather than being told to get some sun or some sleep. 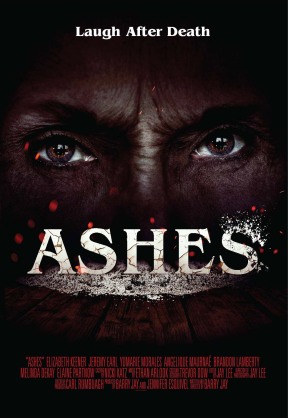 The first feature film I saw was Ashes by director Barry Jay. Ashes was about a family who begins to be haunted by their dead aunt once her ashes arrive at their home. What I truly loved about this movie was that there was the perfect blend of humor and horror. Plus, the performances by the actors were truly top-notch, I particularly loved Elaine Partnow in the role of the sassy grandmother, Caroline, who livened the movie up anytime she was in a scene. The first half of the movie delivered more laughs (in a good comedic way), but the second half of the movie focused on the horror elements (I’ll never be able to look at an egg slicer in the same way again!). It was also my first time watching a movie whilst being seated next to the cast and crew that worked on the film, so that added a bit of a surreal feeling to the experience.

The second feature film I saw was Chimera by Maurice Haeems. This movie was less horror and far more sci-fi. The movie centered around a brilliant scientist who chooses to freeze his children alive whilst he tries to find a cure for the deadly genetic disease that seems to have befallen them. The movie was good and full of surprises and twists (some that I had anticipated and others I hadn’t). But the gut-wrenching end left one with the belief that maybe trying to uncover immortality is far more dangerous than death. 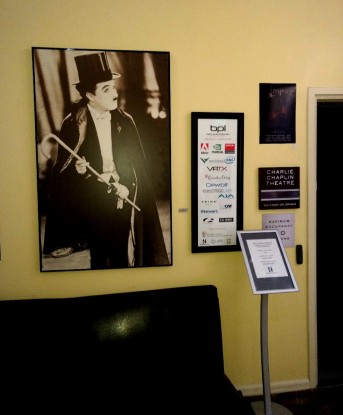 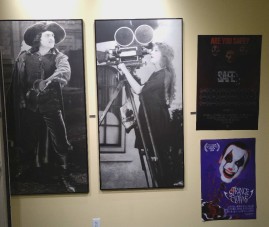 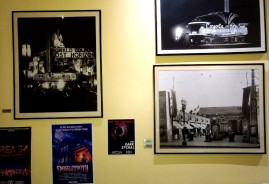 Overall, the film festival was a complete success and I loved the fact that food and snacks were provided on location for sale if you needed to grab something quick to eat in between your viewing sessions. I truly enjoyed watching all the movies I had the opportunity to see and would totally recommend this festival to horror film buffs, you won’t be disappointed!

Thanks again to the fabulous Denise who gave the Inkblotters the opportunity to be there! I had a blast!