Summertime for many is when they love reading by a pool or at the beach. And since Kindles are basically useless under the sun, a paperback is the next best thing. Here are my top five paperbacks that I’ll be checking out this summer! 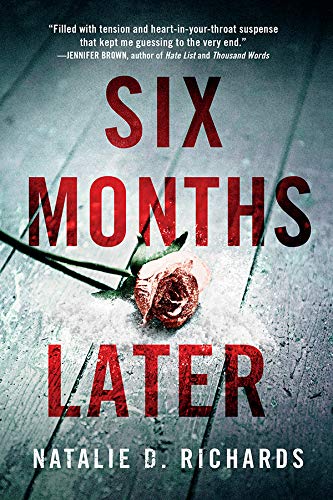 When Chloe fell asleep in study hall, it was the middle of May. But when she wakes up, snow is on the ground, and she can’t remember the last six months of her life.
Before, she’d been a mediocre student.
Now, she’s on track for valedictorian and being recruited by Ivy League schools.
Before, she never had a chance with sports star Blake.
Now he’s her boyfriend.
Before, she and Maggie were inseparable.
Now her best friend won’t speak to her.
What happened to her? Remembering the truth could be more dangerous than she’d ever imagined. 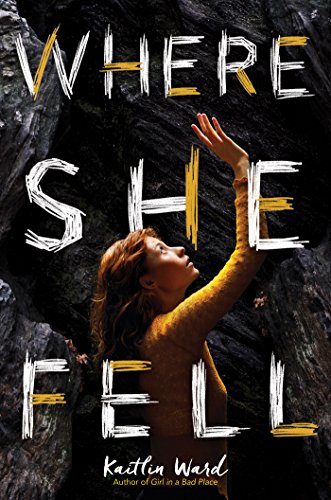 Where She Fell by Kaitlin Ward

Eliza knows the legends about the swamp near her house — that people have fallen into sinkholes, never to be seen again, maybe even falling to the center of the earth. As an aspiring geologist, she knows the last part is impossible. But when her best friends drag her onto the uneven ground anyway, Eliza knows to be worried.

And when the earth opens under her feet, there isn’t even time to say I told you so.
As she scrambles through one cave, which leads to another, and another, Eliza finds herself in an impossible world — where a small group of people survive underground, running from vicious creatures, eating giant bugs, and creating their own subterranean society. Eliza is grateful to be alive, but this isn’t home. Is she willing to risk everything to get back to the surface? 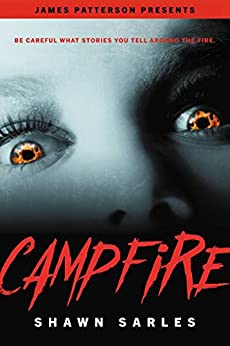 While camping in a remote location, Maddie Davenport gathers around the fire with her friends and family to tell scary stories. Caleb, the handsome young guide, shares the local legend of the ferocious Mountain Men who hunt unsuspecting campers and leave their mark by carving grisly antlers into their victims’ foreheads.

The next day, the story comes true. Now Maddie and her family are lost in the deep woods — with no way out — being stalked by their worst nightmares. Because there were other, more horrifying stories told that night — and Maddie’s about to find out just how they end . . .

The Afterlife of the Party by Marlene Perez

I didn’t even want to go to the party.

Seriously, I’d rather have stayed home with my librarian-witch grandmother and her mystical book club than go. But my best friend Skyler begged me. So I went.

Not only was the band downright horrible, but the lead singer bit me afterward. And then stole Skyler.

Now I’m chasing down a band of angry vamps with my other best friend Vaughn in tow—and a buttload of feelings between us we can’t even begin to address. And worse, I’m changing into something else…

When Araceli Flores Harper is sent to stay with her great-aunt Ottilie in her ramshackle Victorian home, the plan is simple. She’ll buckle down and get ready for college. Life won’t be exciting, but she’ll cope, right?

Wrong. From the start, things are very, very wrong. Her great-aunt still leaves food for the husband who went missing twenty years ago, and local businesses are plastered with MISSING posters. There are unexplained lights in the woods and a mysterious lab just beyond the city limits that the locals don’t talk about. Ever. When she starts receiving mysterious letters that seem to be coming from the past, she suspects someone of pranking her or trying to drive her out of her mind.

To solve these riddles and bring the lost home again, Araceli must delve into a truly diabolical conspiracy, but some secrets fight to stay buried…

What paperbacks are you looking forward to check out this summer?