A souvenir from the Robert McKee Genre Fest

The first day in McKee’s genre fest was dedicated to horror. Ask me five years ago if I’d be writing my own tales about the darker side of life and I would have told you you’re mad. Nowadays I see the beauty in plumbing the dank, dreary depths of the human condition. Fear is a powerful force. It tears off the mask we wear for social acceptance and sinks its claws right into our subconscious. Horror is the one genre that has the potential to reveal our true selves: the good, the bad and the repulsive. It’s also a powerful medium for society’s response to polarizing topics like war, political corruption, and racism. Take the film Get Out for instance. Try to reframe that story as a simple family drama and see if it makes the same impact. Mr. McKee’s presentation had a lineup of film clips that demonstrated superb examples of spooky cinematography tricks, scare tactics and underlying themes in horror: eternal damnation, the monster within, and not so surprisingly, sex.

Since sex is such an anxiety-inducing topic for many Americans, it makes sense that this would be a core element in most U.S. horror films. And it was soon after Mr. McKee made this point that I observed a relevant example of this from the audience around me; a distinct difference in how horror affects us depending on our gender. Now I must take a small detour down a dark and thorny path. The especially squeamish may want to skip the next paragraph.

Out of all the horrific imagery of bizarre gore and gratuitous violence seen that day, do you know what elicited an audible groan from the men in the audience? The scene that made them most uncomfortable? A small, infamous snippet from the 1978 film, I Spit On Your Grave. Without getting too graphic, it involves a woman murdering a man out of revenge by cutting off his “ahem” and locking him in the bathroom to bleed out in a bathtub. Absolutely vile and cringe-worthy? Of course. But speaking from a female-identifying perspective, where the sexual violation and abuse of women is sadly a historical norm, this kind of sexual violence against a human body seems almost run-of-the-mill.

The fact that it happened to a man, however, is not.

It was a jarring example of how removed from empathy a majority of men are when considering the trauma many women live through every day. I don’t necessarily fault men for this, but consider how many countless films depict the sexual violation of women. How often do you see men squirming in their seats or averting their eyes at such a scene? It’s a dark, twisted perpetuation of human behavior that the patriarchal society shrugs at because, well, that’s just how it’s always been. The terrible truth is that most women will suffer some form(s) of physical abuse in their life because of their sex, especially in minority and trans communities. I’m in no way devaluing the experiences of male-identifying individuals who have suffered similar abuse. I only aim to point out an observation that a strong majority of the male population don’t seem quite as affected by the representation of violence against a person’s sex…until it’s their own. As gender fluidity increases in society, it is my hope that we’ll empathize beyond our own corporal boundaries and realize that harm to any“body” is intolerable.

I’ll step down from my soapbox now. 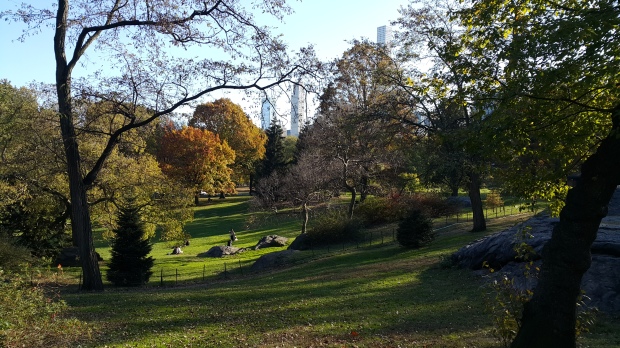 The following seminars were just as eye-opening. Every day Mr. McKee broke down a film scene by scene, pointing out all the key genre elements that made it a successful story. I hadn’t seen Bridges of Madison County before this seminar and let me tell you, I cried like I had just seen a parade of dead puppies. It was very embarrassing to be sobbing and sopping snot from my nose in front of fellow colleagues. Good stories are supposed to move us, whether it’s wetting our seat in fear or doubling over in a fit of silent laughter…you know the kind where your face is frozen in an ugly-cry expression, your nostrils flare and you can’t breathe. A good story gives us a memorable experience and binds us together because of it.

For any budding writers out there, I can say whole-heartedly that Mr. McKee’s seminars are worth every penny. (No, I’m not being paid to write this.) I’ve dedicated most of my free time outside of writing to study great works in film, television, and literature and I like to think I have a pretty solid foundation of what makes a good story tick. I even expose myself to some pretty terrible material to understand why it’s so bad. But Mr. McKee’s complete and thorough understanding of successful story structure made me realize I still had more to learn. And I was most impressed by his genuine love of sharing this knowledge. He engaged us in thought-provoking debates and on every break throughout the day he made himself available for one-on-one questions, conversation and book signings. Nothing about his presentation felt mechanical. I can only imagine how many times he’s given these same lectures and been asked the same questions, yet he approached each day’s lecture with the enthusiasm of a passionate, seasoned professor. I left these seminars invigorated and inspired, eager to bring new energy and a critical eye to my works in progress.

On the final morning of my stay, the city was buzzing with more activity than usual. It was Monday, November 11th and the streets around Madison Square Park were clogged with motorcyclists, floats and hundreds of uniformed men and women for the annual Veteran’s Day parade. I found myself surrounded by military faces easily 15+ years younger than me. Kids, really; each one with an air of discipline beyond their years. I had to leave before the parade kicked off but the celebration of honor and gratitude for all these service members lifted my spirits for the trip back home. I’m glad I gave myself permission to enjoy this little sidetrack. Sometimes being a responsible adult means making time for that little kid inside you that tugs your sleeve, points to your heart’s desires and says, “Let’s do that!”