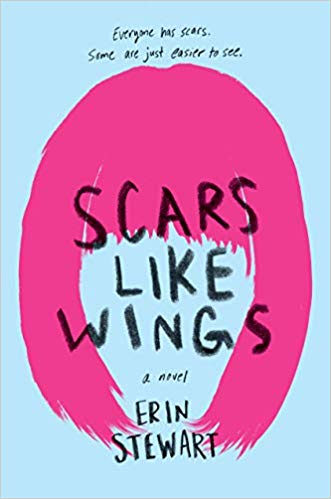 Before, I was a million things. Now I’m only one. The Burned Girl.

Ava Lee has lost everything there is to lose: Her parents. Her best friend. Her home. Even her face. She doesn’t need a mirror to know what she looks like–she can see her reflection in the eyes of everyone around her.

A year after the fire that destroyed her world, her aunt and uncle have decided she should go back to high school. Be “normal” again. Whatever that is. Ava knows better. There is no normal for someone like her. And forget making friends–no one wants to be seen with the Burned Girl, now or ever.

But when Ava meets a fellow survivor named Piper, she begins to feel like maybe she doesn’t have to face the nightmare alone. Sarcastic and blunt, Piper isn’t afraid to push Ava out of her comfort zone. Piper introduces Ava to Asad, a boy who loves theater just as much as she does, and slowly, Ava tries to create a life again. Yet Piper is fighting her own battle, and soon Ava must decide if she’s going to fade back into her scars . . . or let the people by her side help her fly.

Ava’s story is both heartbreaking and uplifting. After becoming severely disfigured by a house fire, she not only has lost both of her parents and cousin but also her face. Or at least what her face used to be. For months, Ava fights for her life as she undergoes surgery after surgery but once she’s deemed healthy enough to leave the hospital, her aunt and uncle think it’s time to transition back into high school. But Ava doesn’t think she can survive high school with the face she has. That is until she meets Piper, a fellow survivor with a spitfire personality.

It’s rare when the characters in a book feel so real to me. But Ava and Piper were incredibly real, and the situations they found themselves in were also real for their circumstances. There were so many heartbreaking moments in the book, but it was also very hopeful. It wasn’t all about despair, as it easily could have been considering the topic. Instead, Ava realized that she could either wallow in misery her whole life and not live or decide to live again and find purpose in her new life with her new friends and support group.

I loved how each character was their own person, and that even the so-called “mean girls” of the school ultimately had a soul and reached a growth of their own by the end.

I suppose this was the sort of book that I wish it hadn’t ended because I still wanted to read more about Ava and Piper. It’s probably why after completing the book I took a break from the novel-reading and instead focused on reading poetry books instead. Because a part of me still wanted to hold on to Ava and her strong spirit. This book is a must-read for readers of any age, but especially teenagers so that they can learn how you can overcome the worst in life if you have the right people standing by you. 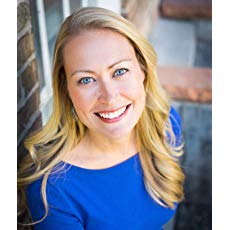 Short Q & A With The Author

Why did you select fire as the source of Ava’s disfigurement?

SCARS LIKE WINGS was actually inspired by Marius, a friend of mine, was burned and severely scarred by a house fire as a child in Romania. Now 20, Marius’ story has always inspired and intrigued me, not only because of the power of his tragedy but because he chooses every single day not to let it define him. He has had children run screaming from him. He has had bullies call him Freddy Krueger. I wanted to write a story that would go to these dark, lonely parts of tragedies like his, but also to the beautiful, hopeful parts. As Marius has told me, the only way he survived was because every time he wanted to give up, someone was there, helping him choose to live. I hope Ava’s story can show readers that we all have a choice after a life-changing event: We can choose to be alone, isolated and angry that our normal is gone, or we can let people in and find a new normal, together.

Reading Scars Like Wings it looks like you did a lot of research in burn victims when it comes to the healing process and medical work needed. Did you speak to professionals that help burn victims or did you solely rely on books about the topic?

Oh, definitely! As I wrote this book, I felt heavily the burden of presenting an accurate, respectful representation of the burn survivor community. I spent a lot of time speaking with survivors, reading their stories, talking to doctors about wound care and recovery, and generally immersing myself in the terrible/wonderful/inspirational/reality of being a burn survivor. Learning about the physical and emotional pain of burns was gut-wrenching at times, but I wanted to preset a story that went beyond stereotypes and pity to the reality of what it’s like to live with physical and emotional scars like Ava’s.

I know that Ava hates seeing herself as a survivor, but she is a very inspiring character. The reader can’t help but want to root for her the whole time. When did Ava’s story first come to you (as in inspiration)?

Well, like I mentioned, Marius originally sparked the idea for this story, but the character of Ava took shape slowly as I started researching and drafting. She has some qualities just like Marius, like her thumbs on her hands instead of fingers, and then pieces of other stories that survivors have shared with me. The more I thought about her and wrote about her, the more she became a fully-formed character with interests like Broadway musicals and a personality all her own. I’d love for readers to see Ava this way by the end of the book, as a smart, funny, talented teenager who just happens to also have scars.

As much as Ava is wonderful, Piper is a true scene-stealer. I feel like everyone needs a Piper in their life. Was Piper inspired by someone in particular?

Not really, but I knew from the beginning that Ava needed someone like Piper to draw her out of her shell and remind her that she has a lot of living and loving left to do. Piper’s loud, out-there attitude is a great counterbalance to Ava’s initial belief that her life is over after the fire. Like a lot of people, though, Piper’s bravado is hiding her own pain and struggles. And when she starts to push Ava away, too, we start to see how deep her pain runs. Both girls finally realize that they can have full, happy lives after their trauma, but they can’t ignore the pain, either.

So many YA novels lately are being made into movies or TV series, which actress would you like to see bring Ava to life?

Oh, wouldn’t that be amazing! If I’m being honest, I’d love to see the role of Ava go to a burn survivor. I think it would be so wonderful to see someone who has actually lived a similar storyline portray this recovery journey!

(Editor’s note: I LOVE Erin’s idea of a burn survivor being the one to portray Ava, although if I had to choose an actress, I think Joey King would tackle Ava’s journey well.)

*Thank you so much to NetGalley and Delacorte Press for the digital copy of this book in exchange for an honest review!