One of the most important moments in a girl’s life is the time she loses her virginity. So much time is spent on how we hope events will play out, who it will be, and how do we know that the guy or girl we’ve chosen for that particular moment is the right one? I know as a teen I obsessed over this so much (mostly over how was I gonna know that the person was the right person to lose it with?).

In my daydreams, I always thought it’d be a lot more romantic. Or at least, the setting would be far more romantic. But when it happened, it was kind of last minute, I hadn’t planned for it to happen, it just did.

I had just started talking to the soulmate. He had a music event to go to and asked me if I could be his date. That meant that I was going to go to London. I left that afternoon to get on the plane, and couldn’t wait for those three hours to pass by quickly. I knew that he liked girls dressed in leather, and I had worn a leather dress that I had “borrowed” from my mum.

The whole event was a whirlwind, and when it all ended, he asked me if I wanted to see his flat and listen to music. I was on the fence over whether I wanted cause I had recently read American Psycho and knew what happened to girls who fell for charming blokes ala Patrick Bateman.

When we arrived at his flat, we were greeted by his white cat Stardust. He turned on the radio and was busy looking through various CD’s as we spoke about various things. It was a cold February night, and I was freezing in my short ensemble, not to mention that I could barely breathe.

I looked over at the soulmate, his beautiful face. I thought: I love him so much, and tonight may be the last time I ever see him. That thought broke my heart. I knew he could be my everything, but I couldn’t tell him that because we had barely met and he was leaving for a lengthy tour.

“Please excuse the mess,” he told me, as he tried to cover up his unmade bed. His bedroom was filled with stacks of hardback books, CD’s, and cigarette packets strewn everywhere. Three guitars rested against the wall. I looked over at the clock and noticed that I had two hours before I had to be back at the airport.

A terrible song from Venga Boys started playing. He came close to me and being at loss for words, I was inspired to use those from a Meatloaf song, stating, “We shouldn’t let a night like tonight go to waste.” Those words changed everything. And I couldn’t explain to you then how important that moment was to me, cause really can you halt a storm just to spew technicalities?

When our lips met, it was like an explosion in the sky. Suddenly, it didn’t matter whether the room was a mess or that shitty music was on the radio, it didn’t matter that none of the settings coincided with my idea of how I wanted things to be. Cause what really mattered was that I was there with you.

Our clothes were on the floor and your lips were everywhere and I kept thinking, Is this really happening? Cause I couldn’t believe that any of it was real. That you were real.

When it was over, I held you close to me, too afraid that perhaps you weren’t real. I needed to make sure that you were there, and I didn’t know then what the future was going to hold, all I knew was that if I was given even that one night with you, it was enough to be happy. One night with you was worth a thousand nights with anyone else.

You were my sun, and I was merely a star that reflected off of your light.

Eventually, I said the dreaded words, “I need to get going,” but a part of me never left that room. My ghost still haunts that flat, and maybe even yours does too.

Maybe we couldn’t have a happy ending, but then again, we haven’t really reached the end. And our ghosts remain in that flat, unchanged, and happy. 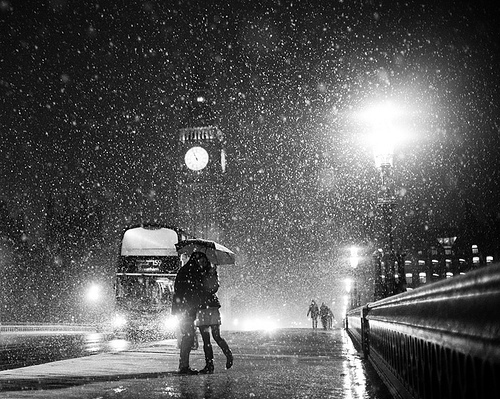