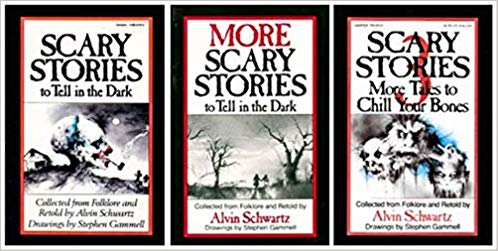 I was 9 years old when I first came across Scary Stories to Tell in the Dark. Being a fan of horror, I was incredibly excited about this anthology as it documented various stories that derived from urban legends, folklore, or myths. I was completely hooked. I used the book as a means to inspire my own “scary stories sharing” escapades (which happened often during sleepovers or late summer nights hanging out with friends).

Apart from the stories themselves, what really set this book apart was the illustrations by Stephen Gammell. Often times, for a seasoned horror connoisseur as myself, the stories alone weren’t terrifying enough. But those illustrations! Boy were they ever the nightmare-inducing high that I was searching for. 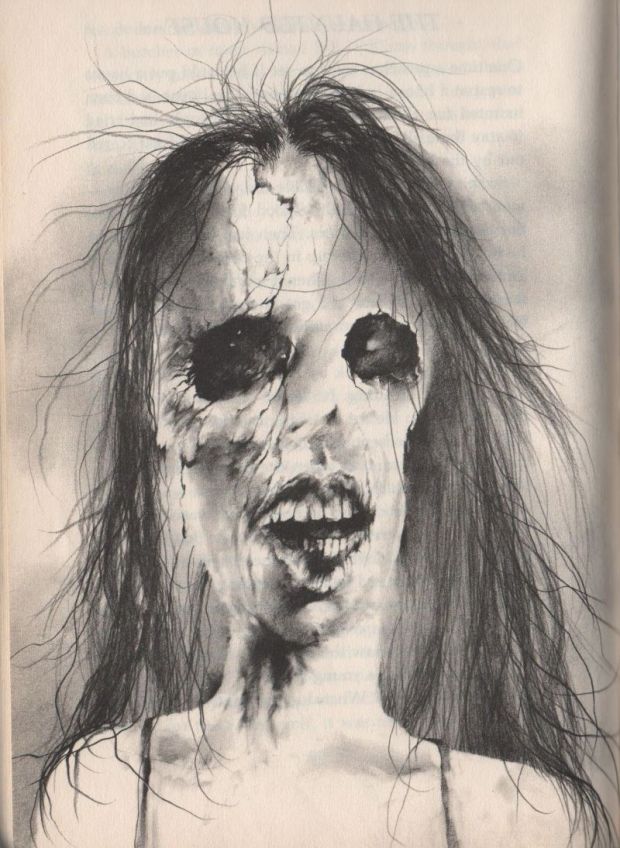 I have yet to see the movie from Guillermo Del Toro inspired by the anthology, but being a fan of his past work, I’m certain that he remained faithful to the vision of the illustrations (at least that’s what I could tell from the trailers).

Recently, I decided to reread the stories (my original copies are stashed away in boxes somewhere in my garage in Sicily) so I had to repurchase the books. Luckily, these new editions haven’t strayed from the original, as I heard that for awhile they had done away with Gammell’s illustrations and replaced them with a more kid-friendly version. (Bah!) 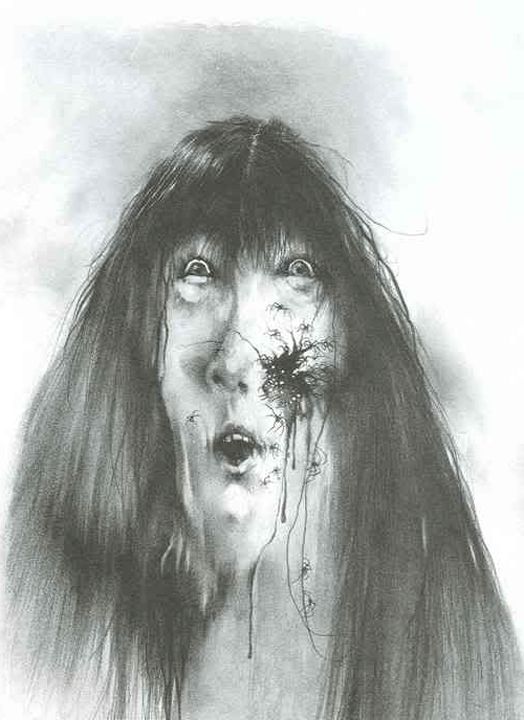 Upon rereading the stories, I realized that I still enjoy them and that I have a damn good memory as decades later I’m still capable of remembering how each of the stories would end. As far as the illustrations go, they’re just as deliciously terrifying today as I thought they were when I was a mere nugget of 9.

But if you’re never read this horror classic, I highly suggest that you do. It’s equal parts campy and horrifying. I still can’t get over the story of the girl that has spiders protruding from her cheek (which I’m sure the movie The Believers capitalized on for a certain scene). Body horror has always been more frightening to me than a million clowns ever could be. 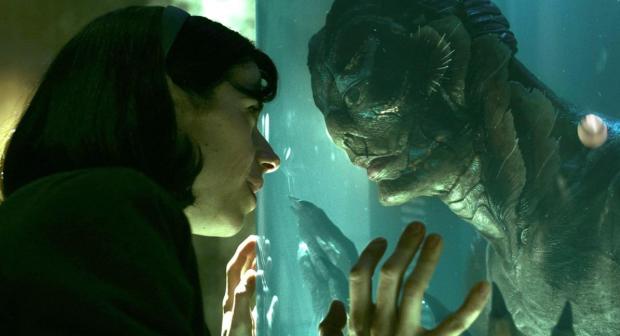 Anyone who knows me well, knows that I’m a sucker for fairy-tales (the Grimm variety or Oscar Wilde, not Disney) and impossible loves (think Edward Scissorhands and Kim), so of course I’d fall in love with Guillermo Del Toro’s lush fairy-tale of a love story, The Shape of Water.

The movie opens with the audience getting to meet Elisa (Sally Hawkins), a mute woman who lives in a tiny apartment alone above a theatre house, next door to the lonely artist Giles (Richard Jenkins). Due to working as a cleaning lady for a government laboratory in Baltimore, Elisa’s “day” begins at night, working the so-called “graveyard shift” with co-worker Zelda (Octavia Spencer).

Most of her days are the same, until one night a new test subject is brought into the lab, a revered River God from South America dubbed the “Amphibian Man” (Doug Jones) for being a cross between a man and sea creature. Elisa feels compassion for the Amphibian Man and is saddened that the creature’s handler Richard Strickland (Michael Shannon) has no interest in getting to know the creature and instead, tortures it daily without mercy

Elisa feels drawn to the Amphibian Man because, like her, he is different. She also feels compelled to him because they’re both lonely, invisible beings to society, and decides to initiate a friendship with the creature through egg lunches and sharing of jazz music. But when learns that the government is only interested in killing the Amphibian Man rather than trying to learn more about him, she’s overcome with grief and hatches a plan to get him out of the heavily surveyed government lab with the help of Giles and Zelda.

Del Toro’s visually stunning movie ignited the bleak atmosphere of the Cold War and cruelty with the spark of love and how colourful everything begins to be when one is in love. He also masterfully reminded us that sometimes it’s the lesser important people who become the heroes of the story when they feel they have a purpose.

The Shape of Water is a touching love story of how two very radically different people (they’re not even the same species!) are brought together and how their love overcomes all the obstacles. This movie is truly a celebration of the Latin quote, Amor vincit omnia (Love conquers all). And in today’s complacent, superficial modern society where everything is disposable, even love, it’s refreshing to be reminded that some things are worth fighting for.