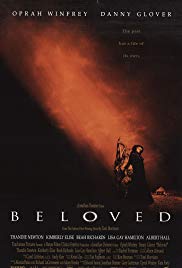 February is one of those months on the calendar that offers a unique and exciting blend of emotions. It’s time to honor and celebrate Black history and culture. Valentine’s Day reminds us of love and relationships (the good, the bad and the ugly…). I also enjoy watching The Oscars to see where the needle of society’s values and elevation of diversity in cinema lands. More recently though, February has become a month to showcase women in horror. With the release of Azzurra Nox’s anthology “Strange Girls”, I thought it befitting to make a cinematic recommendation while adding some horror into today’s post as well.

In ruminating on all this, I was struck by how one film, in particular, incorporates all these themes to absolute perfection; a film that has haunted me with its piercing honesty and emotional depth; a film that effortlessly weaves the themes of slavery and freedom in all its various forms; a film that celebrates the beauty, power and, yes, horror that can manifest from immense love. 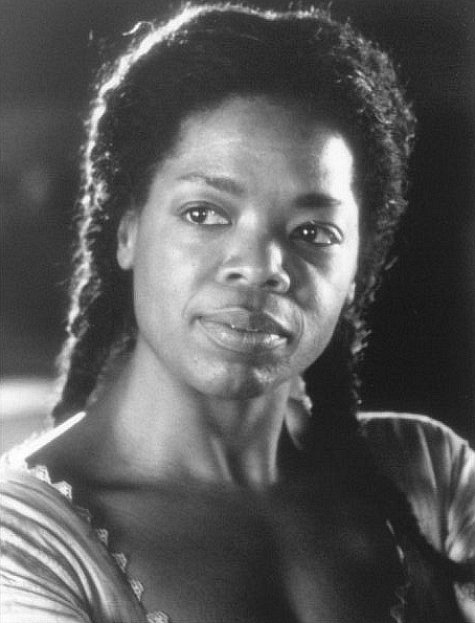 I was living overseas when “Beloved” first came out and it had slipped past my radar for a long time. It was always one of those movies I knew I’d appreciate but didn’t get around to seeing it until just a few years ago. Better late than never though. When I did eventually see this film, it made a huge impact on me and has remained one of the top five best films on my list of favorites. It’s haunted me ever since and completely reframed my standards for what constitutes a good ghost story. One of my New Year’s resolutions is to consume fifty classics this year in books and film. Needless to say, Toni Morrison’s novel is next on that list. 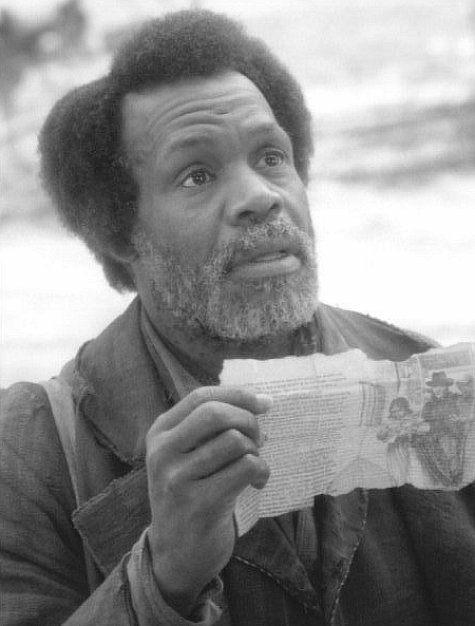 Incredibly acted and unapologetic, “Beloved” threads a needle through the struggles and triumphs of a mother navigating post-emancipation America while the horrors of her past demand reconciliation – with an ever-increasing insistence for attention. As the climax nears, the thread tightens and cinches together all of these elements into a jagged, heart-shaped tapestry of tenacity, terror, and tenderness. It’s a beautiful and painful portrayal of the multi-faceted nature of love. And it raises the question in all of us…

What would you do for your beloved? 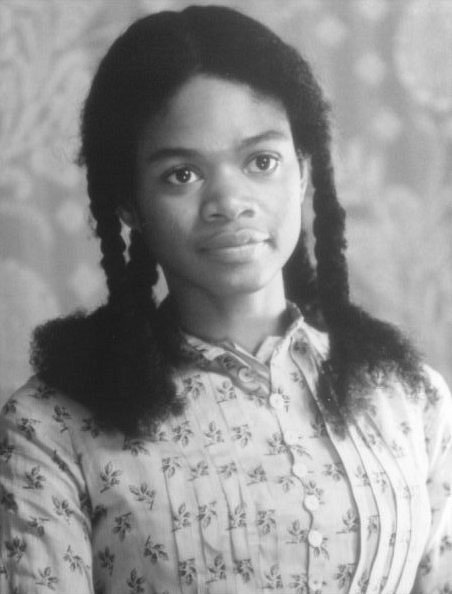 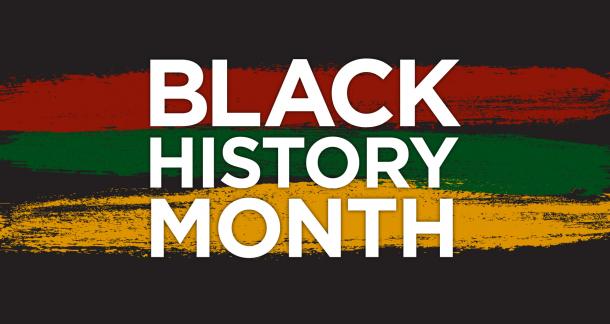 I wonder who thought it was a good idea that placing a book cover that displayed black characters on books that RARELY had any characters IN the book, and weren’t written by black authors, was the best way to celebrate Black History Month. How could’ve the CEO of Barnes and Nobles and the head of Penguin sit in meetings and think this was such a grand idea? I guess if you figure that the majority of the publishing world is made up of white men, then you can quickly see how this idea was ever conceived.

These are my top 10 classics written by black authors. I’m pretty sure someone on Penguin’s team could’ve come up with a similar list along the way (but I digress).

Dana, a modern black woman, is celebrating her twenty-sixth birthday with her new husband when she is snatched abruptly from her home in California and transported to the antebellum South. Rufus, the white son of a plantation owner, is drowning, and Dana has been summoned to save him. Dana is drawn back repeatedly through time to the slave quarters, and each time the stay grows longer, more arduous, and more dangerous until it is uncertain whether or not Dana’s life will end, long before it has a chance to begin.

Narrative of the Life of Frederick Douglass is an 1845 memoir and treatise on abolition written by famous orator and former slave Frederick Douglass. It is generally held to be the most famous of a number of narratives written by former slaves during the same period. In factual detail, the text describes the events of his life and is considered to be one of the most influential pieces of literature to fuel the abolitionist movement of the early 19th century in the United States.

First published in 1923, Jean Toomer’s Cane is an innovative literary work―part drama, part poetry, part fiction―powerfully evoking black life in the South. Rich in imagery, Toomer’s impressionistic, sometimes surrealistic sketches of Southern rural and urban life are permeated by visions of smoke, sugarcane, dusk, and fire; the northern world is pictured as a harsher reality of asphalt streets. This iconic work of American literature is published with a new afterword by Rudolph Byrd of Emory University and Henry Louis Gates Jr. of Harvard University, who provide groundbreaking biographical information on Toomer, place his writing within the context of American modernism and the Harlem Renaissance, and examine his shifting claims about his own race and his pioneering critique of race as a scientific or biological concept.

In 1761, a young girl arrived in Boston on a slave ship, sold to the Wheatley family, and given the name Phillis Wheatley. Struck by Phillis’ extraordinary precociousness, the Wheatleys provided her with an education that was unusual for a woman of the time and astonishing for a slave. After studying English and classical literature, geography, the Bible, and Latin, Phillis published her first poem in 1767 at the age of 14, winning much public attention and considerable fame. When Boston publishers who doubted its authenticity rejected an initial collection of her poetry, Wheatley sailed to London in 1773 and found a publisher there for Poems on Various Subjects, Religious and Moral.

Being very desirous that one of the race, so long distinguished in the cause of freedom for her intellectual worth as Mrs. Harper has had the honor of being, should not at this late date in life make a blunder which might detract from her own good name, I naturally proposed to await developments before deciding too quickly in favor of giving encouragement to her contemplated effort.

The Blacker the Berry by Wallace Thurman

This novel, associated with the Harlem Renaissance, is considered groundbreaking for its exploration of colorism and racial discrimination within the black community, where lighter skin was often favored, especially for women. The novel tells the story of Emma Lou Morgan, a young black woman with dark skin. It begins in Boise, Idaho and follows Emma Lou in her journey to college at USC and a move to Harlem, New York City for work. Set during the Harlem Renaissance, the novel explores Emma Lou’s experiences with colorism, discrimination by lighter-skinned African Americans due to her dark skin. She learns to come to terms with her skin color in order to find satisfaction in her life.

The Souls of Black Folk by W.E.D. Du Bois

This classic groundbreaking work of American literature first published in 1903 is a cornerstone of African-American literary history and a seminal work in the field of sociology.

A first novel by an unknown writer, it remained on the bestseller list for sixteen weeks, won the National Book Award for fiction, and established Ralph Ellison as one of the key writers of the century. The nameless narrator of the novel describes growing up in a black community in the South, attending a Negro college from which he is expelled, moving to New York and becoming the chief spokesman of the Harlem branch of “the Brotherhood”, and retreating amid violence and confusion to the basement lair of the Invisible Man he imagines himself to be.

Song of Solomon by Toni Morrison

Milkman Dead was born shortly after a neighborhood eccentric hurled himself off a rooftop in a vain attempt at flight. For the rest of his life he, too, will be trying to fly. With this brilliantly imagined novel, Toni Morrison transfigures the coming-of-age story as audaciously as Saul Bellow or Gabriel García Márquez. As she follows Milkman from his rustbelt city to the place of his family’s origins, Morrison introduces an entire cast of strivers and seeresses, liars and assassins, the inhabitants of a fully realized black world.

The Sport of the Gods by Paul Laurence Dunbar

In this extraordinary novel, Paul Laurence Dunbar tells the story of a displaced Southern family’s struggle to survive and prosper in early Harlem. “The Sport of the Gods” was one of the first novels to depict the harsh realities of ghetto life and the revolutionary truths it uncovered still resonate today. 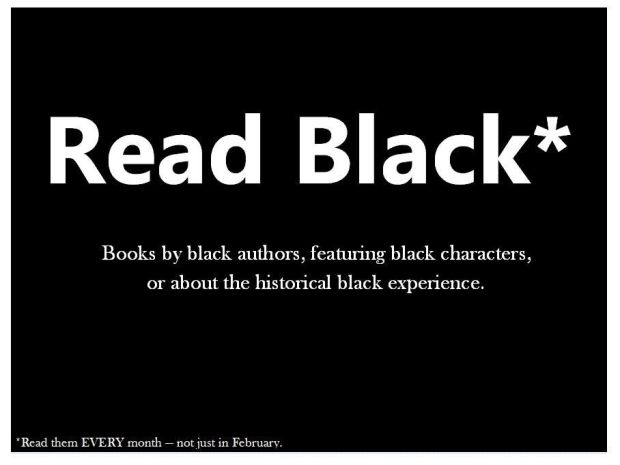