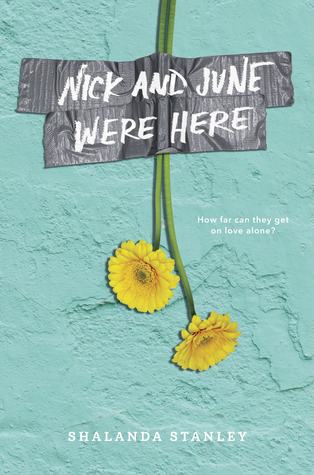 How far can they get on love alone?

Girl in Pieces meets All the Bright Places in this heartbreaking story of two teens who are determined to stay together in a world tearing them apart.

Nick and June were best friends for years until their relationship suddenly turned into something more. Now, June is coping with a new diagnosis of schizophrenia, a secret she asked Nick to keep for too long. Between managing her symptoms and her parents, June is just trying to keep it together. Nick is a reluctant car thief, supporting his aunt with the money and focusing on his art whenever he can. But when June’s condition sends her to the hospital and Nick’s latest crime threatens to land him in prison, the two decide to run away. When the world is trying to tear them apart, can Nick and June find a way to stay together?

This emotional lyrical novel will tug at your heartstrings and make you think twice about what you would give up for love, even if it’s a piece of yourself.

I really felt bad for these star-crossed lovers. Unlike Romeo and Juliet, Nick and June’s relationship was an enduring one, as they were best friends since fifth grade, and sometime in high school, the two decide to become a couple. I always felt like whenever Nick and June were together, the best of them came through, it was when they were apart that the worst of them came out.

The two characters had a strong and passionate bond, and when you’re a teenager you truly believe that true love is forever. But Nick and June have so many things going against them, from Nick’s car thievery occupation to June’s recent schizophrenia, it’s almost a bad idea for these two to even be together. However, the two truly believe that love can be all for them, although at times June acknowledges that forever doesn’t have to mean forever in a physical sense, but that her love for Nick will live forever in her heart.

Despite the odds, the reader can’t help but cheer for these two. You truly want their love to endure and hope that nothing will break them up. The fact that these two characters are likable and relatable makes you wish that somehow, in the end, they can have their happy ending.

This is definitely a journey you won’t want to miss and one that will surely pull on your heartstrings. 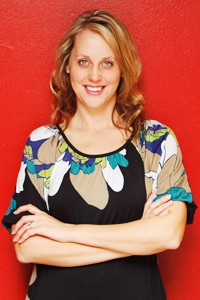 *Thank you so much to NetGalley and Knopf Books for Young Readers for the digital ARC of this novel in exchange for an honest review!