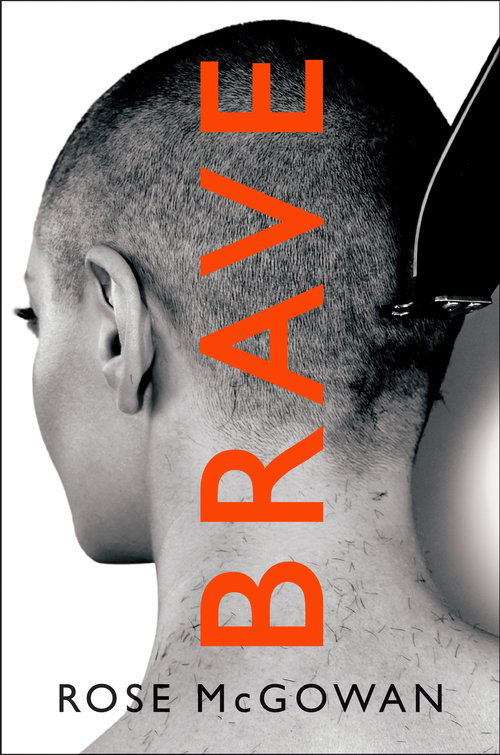 Growing up, I always wanted to be an actress. Movies have always been a form of media that I love. Going to the theatre as a child was always one of my favourite things to do, becoming immersed in the stories that were being told, and admiring the actresses who looked so glamorous. But despite my love for cinema, I was always deviated to pursue my acting dreams, being told that Hollywood wasn’t a safe haven for women (by people in the industry) and the whole cliché of all that glitters isn’t gold.

I always thought those stories were just stories. Until I read Rose McGowan’s autobiography.

And boy is this book one wild ride.

For years what we knew of Rose McGowan was of the characters she portrayed in movies (often the sex-bomb snarky femme fatale type as can be seen in Doom Generation, Scream, Jawbreaker, and Planet Terror to name a few) the men she’s dated (Marilyn Manson and Robert Rodriguez), and the image the media sold of her as a “bad girl.”

There’s never a dull moment in Brave, where McGowan begins the book from her early days of growing up in a cult, Children of God, and living in northern Italy, to experiencing culture shock once her dad brings her back to America where she kept being sent back and forth between her parents and living in different states. How she didn’t actually pursue acting as a career, but it was more something that happened to her by accident, and that the fear of becoming homeless and living on the streets as she had done for awhile as a teen, haunted her into continuing her career in an industry she didn’t feel truly understood her or regarded her as a capable human being.

But what really had me reeling the most whilst reading the book was the moment when McGowan has her meeting with whom she refers to “the Monster” (Harvey Weinstein) and how she (and other young actresses throughout the years) was the sacrifitional lamb to a man who abused his power and knew that he could get away with it because as it turns out no one tried to be of help to her when she told various people of the incident, from her manager who said that maybe her career could only get better because of the assault, to a female attorney stating that she wouldn’t win the case since she had done a nude scene in a movie, to her then-co-star Ben Affleck who offered no true help (which is no surprise seeing that he’s Hollywood’s equivalent of Frat-Boy Bro-hood mentality and was besties with said Monster).

Other interesting tidbits was finding out that Marilyn Manson was the kindest boyfriend she had (and that the song Coma White was about her). How Robert Rodriguez was a “charming prince” soon to be revealed to be a manipulative, sadistic, power-hungry, unhinged individual. That her years spent filming Charmed were her worst gig, not because of her character, Paige, but because of the grueling schedule and male-dominated crew. That the only Prom she experienced was that in Jawbreaker, where she portrayed mean girl Courtney Alice Shayne, who wins Prom Queen, but then gets shamed and pelted by corsages when it’s revealed that she killed the much adored popular girl Elizabeth Purr. And believe it or not, it was Ashton Kutcher who inspired McGowan to join Twitter.

Brave is a tale of a woman who had her spirit crushed by the machine that is Hollywood, and how, much like a Phoenix, she has soared from her ashes, and reclaimed her identity, her true self, not the one that was pinned to her by the men in the movie industry. The day she shaved off her hair, was the day she broke up with the world and reclaimed her person for herself. From that moment on, she has ventured into directing (watch her moving short film Dawn), singing, photography, and became an active voice for those who either were too scared to speak up or didn’t know how to, and has long since been an advocate and activist for female empowerment.

This is a moving book that will stick with you long after you’ve read it.

And if you’re going to take anything from this book it’s this: Be brave. Be bold. Don’t be afraid of being yourself.