Happy St. Patrick’s Day! What better way to celebrate the Irish than to celebrate its authors? Ireland has had many talented authors and many times people forget that certain authors are indeed Irish only because they either relocate to London or are lumped in with English literature (as Oscar Wilde often is). But Ireland offers a rich literary slew of authors and picking up a book from one of them as ultimately way better than getting drunk on green beer (at least you won’t have to nurse a terrible hangover the following day).

Here are my Top 5 Books by Irish authors, spanning from various genres and times. Pick which one strikes your fancy and curl up with a nice Irish coffee as you devour literary treats! Enjoy!

The Picture of Dorian Gray by Oscar Wilde

A beautiful young man wishes for his youth to remain eternal as his painting ages for him. Soon, what seems to be a blessing turns out to be a curse. 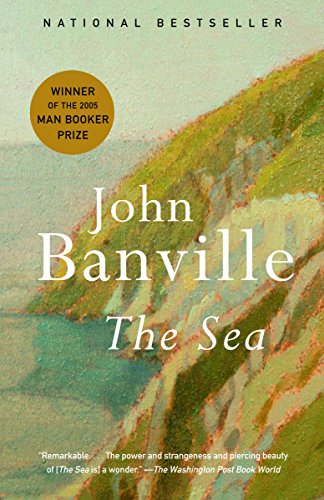 The Sea by John Banville

In this luminous new novel about love, loss, and the unpredictable power of memory, John Banville introduces us to Max Morden, a middle-aged Irishman who has gone back to the seaside town where he spent his summer holidays as a child to cope with the recent loss of his wife. It is also a return to the place where he met the Graces, the well-heeled family with whom he experienced the strange suddenness of both love and death for the first time. What Max comes to understand about the past, and about its indelible effects on him, is at the center of this elegiac, gorgeously written novel — among the finest we have had from this masterful writer.

Held captive for years in a small shed, a woman and her precocious young son finally gain their freedom, and the boy experiences the outside world for the first time.

To five-year-old-Jack, Room is the world. . . . It’s where he was born, it’s where he and his Ma eat and sleep and play and learn. At night, his Ma shuts him safely in the wardrobe, where he is meant to be asleep when Old Nick visits.

Room is home to Jack, but to Ma it’s the prison where she has been held for seven years. Through her fierce love for her son, she has created a life for him in this eleven-by-eleven-foot space. But with Jack’s curiosity building alongside her own desperation, she knows that Room cannot contain either much longer.

Room is a tale at once shocking, riveting, exhilarating — a story of unconquerable love in harrowing circumstances, and of the diamond-hard bond between a mother and her child.

The Boy in the Striped Pajamas by John Boyne

Berlin, 1942: When Bruno returns home from school one day, he discovers that his belongings are being packed in crates. His father has received a promotion and the family must move to a new house far, far away, where there is no one to play with and nothing to do. A tall fence stretches as far as the eye can see and cuts him off from the strange people in the distance.

But Bruno longs to be an explorer and decides that there must be more to this desolate new place than meets the eye. While exploring his new environment, he meets another boy whose life and circumstances are very different from his own, and their meeting results in a friendship that has devastating consequences.

A candid photo from when I got talked into modeling for Back to School attire (P.S. that’s vegan leather so no worries!)