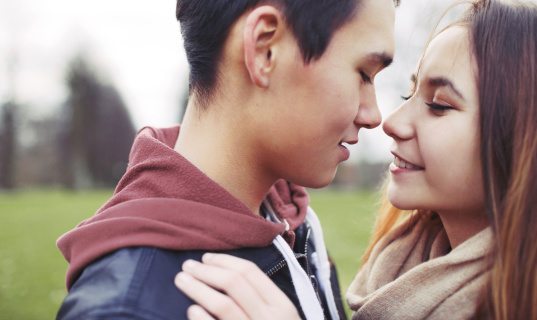 It was a typical morning in my seventh-grade life. I’ve never been a fan of math, especially since that year I had begun Pre-Algebra. But the only thing that made that class bearable was the fact that the boy I had a huge crush on since sixth grade sat right in front of me in class. Since we were friends, I’d often find any excuse to talk to him. I’d ask him about movies. How the Chicago Bulls were doing that season (he was a huge fan and always wore a Chicago Bulls cap, strictly backward as per the ‘90s cap etiquette for cool kids).

Our history was somewhat complicated. As in the year before I had given him a Valentine’s Day card that I had made and written a poem that went along these lines:

Now my grand romantic gesture would’ve been all fine and dandy if my best friend at the time hadn’t started dating my crush that week of Valentine’s. Our classes had boxes for Valentine’s cards, and I had placed mine in the box on a Monday, my best friend had gotten with the said boy on a Wednesday. Valentine’s fell on a Friday, so now you can see my dilemma. Drama-ensued for a while because of that, until things cleared up (hey, it’s not MY fault they got together after I had posted the card!).

But back to that day in Pre-Al.

It was Halloween, my favorite holiday. All I could think about was how I was going to go Trick-Or-Treating that night (something that truly defied my social group of “pretty popular girls” cause that was seen as “childish” cause ya know when you’re twelve and in a popular group, you need to act like you’re fifteen). This probably explains why I ended up leaving said group, which meant also leaving behind my best friend (and also the most popular girl in seventh grade) which was social status suicide on my part, but I was a rebel!

I was there getting settled in my seat, trying to pretend I knew what was going on (cause ya know, I refused to wear my glasses at the time, which meant that I couldn’t see a thing written on the board and I’m actually surprised I managed to earn B’s in math without ever seeing how the teacher worked out the problems).

Crush Boy sat down and I was doodling on my notebook when he turned around and flashed me his usual charming smile saying, “Happy Halloween!” And then and there just kissed me.

This is where time kind of stopped for me.

My heart was hammering so hard against my chest I was certain that I was going to have a coronary right then and there. My breath caught in my throat, and my cheeks flushed in the most horrendous way (being pale sucks).
“Woo-hoo!” One guy cheered, which pulled me out of the moment and was reminded that I was still in class.

In a math class that also had my best friend (and Crush Boy’s ex-girlfriend) sitting only a few rows over.  I looked over in her direction, and if I weren’t so near-sighted, I’m certain I could see her glaring.

Despite that kiss being simple (we were twelve and in class!), the feelings of euphoria that I experienced from it were something I chased for years, attempting so desperately to feel that lightheaded and blissful. And because this is me, no, Crush Boy and I didn’t have a short-term happy ending. We never dated. Despite him always showing a strange fascination with me, but always dating other girls instead. Later that year I moved, and on my last day of school, he kissed me again (this time after our English). He came up behind me and just planted his lips on me and then said, “Good luck at your new school.” I could barely murmur a reply back before he was already gone, rushing to his final class.


I never saw or heard from him after that day.

Maybe, some people are just meant to be memories.