After seeing the trailer for Jordan Peele’s new film, I was left with this strange sense of unease. Something was off. I know, it’s a horror movie. It’s supposed to set an atmosphere of mental discomfort. But this was a subtle unease, like walking into your house and knowing something is amiss but you can’t put your finger on it. Then I saw the movie and realized the skewed detail I’d gotten hung up on was during the car scene where the Wilson family is listening to Luniz’s “I Got 5 On It.” The mother, Adelaide, tells her son to “get into rhythm,” and then proceeds to snap her fingers…off beat.

At first, I thought it was just me but after reading up on it online, I realized it was actually a thing; a harbinger of truth pointing to Adelaide’s disturbing past. And that’s the beauty of “Us”. It’s going to toy with you, give you a few fake-outs and distractive ploys. Then it’s going to sock you in the gut with an intelligent sucker punch but for hours and days and weeks afterward, you’ll realize you actually got hit in the brainpan.

First, a brief synopsis: Adelaide Wilson takes a beach vacation to Santa Cruz with her husband, Gabe, and their two children. Haunted by a childhood trauma that occurred in a mirrored funhouse on the carnival pier, Adelaide begins to take notice of strange coincidences. She sees an odd vagrant with the sign, “Jeremiah 11:11”. Clocks read 11:11. A rogue Frisbee lands beside her, perfectly aligned with a polka dot on the towel pattern.

That night, four trespassers show up on their driveway. After a tense invasion of the Wilson’s beach house, Adelaide and her family come face to face with their doppelgangers, each a dark, deranged version of themselves dressed in matching red jumpsuits. Adelaide’s double, Red, reveals they were the subjects of an inhumane and failed experiment of clones forced to play out every action of their above-ground counterparts. Armed with a dagger-sharp pair of golden scissors, she aims to free herself and her demented family as second-class shadow-people by killing the Wilsons and taking their place above ground. Thus, the “untethering” begins. Snip, snip.

As with his debut film “Get Out”, Peele is wedging open the door on a new subgenre: societal horror. The fear surrounding social issues that plague the public today is over-ripe for exactly this kind of creative commentary. These are the subjects that privileged society would like to sweep under the rug: topics including mental illness, racism, unconscious biases, and discrimination. These are not well understood and what’s worse, they are not well-accepted. 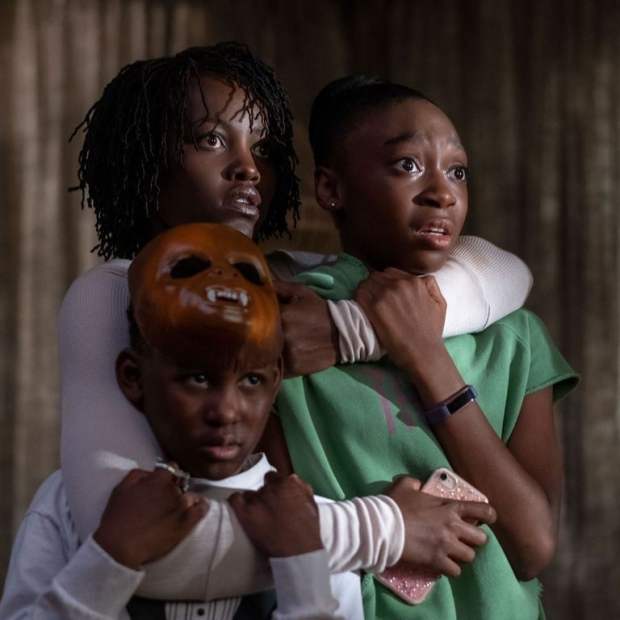 People lean on belief systems to help them make choices. These are personal life lessons, religious teachings, parental guidance, peer pressures to assimilate. All these experiences act as a moral barometer. Now show those belief systems from an opposite perspective and those same people are left feeling totally confused, attacked, angry, defensive, helpless and desperate. They target the catalyst that brought the issue forward and not the issue itself. And usually, this translates into immense pressure being put upon the victims to become “normal” in order to be accepted into society again. It’s now their responsibility to stifle their hurt so the rest of the world feels comfortable. Translation: fix yourself. And if you can’t fix yourself, please have the courtesy not to talk about it.

Herein lies another hidden beauty about “Us”. It is the catalyst. It shows the basic human fear of accepting our own duality. It presents a stark and uncomfortable contrast of black and white, right and wrong, good and evil…our shadow selves versus the masks we show to the world. And how we react when there is a critical imbalance of this light and dark power: rejection, jealousy, suspicion, paranoia, anger, violence. These knee-jerk emotions drive the need to delineate the status of “us” versus “them”.

Peele records these primal fears places them in the hearts of seemingly normal characters and plays it back in a distorted, reflective environment. Indeed, mirrors and reflections play a key visual element. There’s the presence of a “twin concept”, especially in the number eleven as it pops up on television, the time on clocks, in Bible verse, sports scores, even in abstract shadows. While this doubling can be consumed quite literally, it is best appreciated after you’ve seen the movie and had time to reflect on the multi-faceted meanings. And I’m not just trying to be punny here. These coincidences lead the characters to discover how their actions have helped or harmed others despite their intent, even how their actions have contributed to their own entrapment.

In addition to the psychology of duality, there is the theme of the American dream. The “haves” and “have nots”. Class structures and, in the constant strive to keep up with the Jones’, society’s inability to appreciate what they do have in their lives. There is a moral price for naivety and social complacency and this transaction plays out between the Wilson family and their tethered family of clones (but with more melodrama and excessive blood spray, of course).

Refreshingly, a talented, diverse cast takes the main stage. I am not a POC but I can attest that the amount of stories I’ve watched about white people has fatigued my appreciation for an intriguing plot. Presented here is a unique, well-told story about characters of color even though the story isn’t specifically about race. “Us” allows a brilliant opportunity for discussion of Hollywood’s lack of diversity without pandering to the audience. Lupita Nyong’o’s performance is spell-binding, especially in her disturbing portrayal of Red. She files her voice to a raspy, jagged husk and moves like a caged but confident animal who has conquered the laboratory labyrinth. Winston Duke deserves praise as well for bringing humanity and humor to the father figure trying to protect his family.

As a writer, my brain is always in “plot & character” mode. I tend to be severely critical of books and movies that lack logic or at least a moderate attempt at believability. Plot holes, if small enough, are forgivable. Give me a good story and I’ll give appropriate credit for the effort.

But don’t pee on my leg and tell me it’s raining.

A good story doesn’t have to be airtight. In fact, if a movie is too clean this can be a bit condescending to the audience, as if the writer has said, “Here, I’ve done all the thinking for you in case you couldn’t figure it out.” Nor does a good story leave glaringly large voids that prevent the story from making reasonable sense. A smart writer knows how to leave just enough mystery without compromising a satisfying ending. 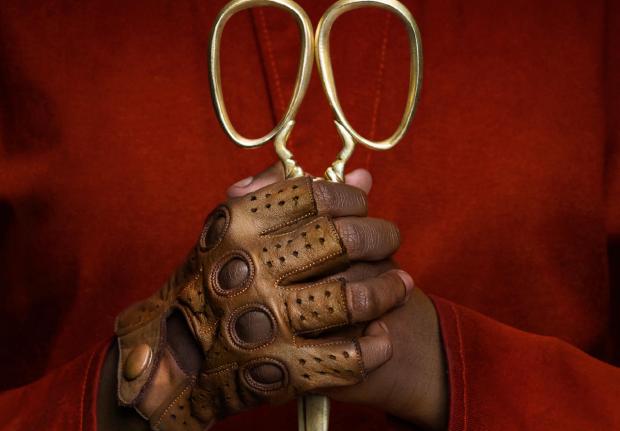 So with that said, are there plot holes in “Us”? Yes. Don’t worry, I’ll keep this post-spoiler-free for those who have not seen the movie yet but just know that when the credits roll, you will have questions. Normally plot holes signal sloppy plotting and rushed production but in this instance, it is apparent that Peele has too much respect for the craft and his audience to have done this inadvertently. Go online to any of the numerous “Us” discussion boards or YouTube videos and you’ll find that deconstructing all the Easter eggs in this movie is half the fun. Personally, I feel the gaps are present on purpose. Maybe these plot holes give room for interpretation of the figurative gaps in society. Gaps in opportunity for individuals of lesser means. Gaps in understanding on common social issues. Gaps in memory due to trauma. The important takeaway is the ending gives closure while opening a Pandora’s box to a harsh new reality.

There’s plenty of action and gore to satisfy any terror junkie but “Us” goes beyond the blood spatter and gets cerebral. It touches on something more subtle in the human psyche. Darkness is not always evil. We must consider all the catalysts that trigger our fear and ask the simple question, “Why?” Does this emotion really stem from something out in the world or is it inside? And if it is inside, are we brave enough to face it? Ignorance can trap us in our own mirror house of horror for as long as we choose. We can close our eyes if we’re scared. But our reflections are still there. The shadow selves will wait until we’re ready to see what they have to teach us. And when that day comes, who will do the untethering? Snip, snip.