Body horror is one my of favorite sub-genres. There’s nothing more terrifying than something unexplainable happening to your body whether it’s caused by supernatural elements, a disease, or someone’s distorted mind, something that causes a physical change in our bodies that we’re unable to control is always horrifying. Sure, films like The Human Centipede exalt the extremely gory aspect of body horror, but what is the change is more subtle, such as in The Invasion of the Body Snatchers? Both are equally scary. Many times, body horror movies are also presented as coming of age, because adolescents are already going through so many changes they cannot control, so what best way to explore coming into your own than to also throw some creepy body change you wouldn’t normally expect? Jennifer’s Body explored some of those themes. I’ve decided to share some of my favorite body horror movies below.

All of them pose the question: What do you do when your own body has turned against you?

Mia, a 15-year-old, is facing an overwhelming transformation. Her body is changing radically, and despite desperate attempts to halt the process, she is soon forced to accept that nature is far more powerful than her.

Dawn (Jess Weixler) is an active member of her high-school chastity club but, when she meets Tobey (Hale Appleman), nature takes its course, and the pair answer the call. They suddenly learn she is a living example of the vagina dentata myth, when the encounter takes a grisly turn.

A U.S. podcaster (Justin Long) ventures into the Canadian wilderness to interview an old man (Michael Parks) who has an extraordinary past, and the American learns the man has a dark secret involving a walrus.

When scientist Seth Brundle (Jeff Goldblum) completes his teleportation device, he decides to test its abilities on himself. Unbeknownst to him, a housefly slips in during the process, leading to a merger of man and insect. Initially, Brundle appears to have undergone a successful teleportation, but the fly’s cells begin to take over his body. As he becomes increasingly fly-like, Brundle’s girlfriend (Geena Davis) is horrified as the person she once loved deteriorates into a monster.

A young woman (Najarra Townsend) begins bleeding, shedding maggots and hallucinating after a stranger date rapes her at a party.

The story of two outcast sisters, Ginger (Katharine Isabelle) and Brigitte (Emily Perkins), in the mindless suburban town of Bailey Downs. On the night of Ginger’s first period, she is savagely attacked by a wild creature. Ginger’s wounds miraculously heal but something is not quite right. Now Brigitte must save her sister and save herself.

Terror strikes when a former soldier takes a job to help a young woman and her housebound mother.

Amy (Jena Malone), Stacy (Laura Ramsey), Jeff (Jonathan Tucker) and Eric (Shawn Ashmore) look for fun during a sunny holiday in Mexico, but they get much more than that after visiting an archaeological dig in the jungle. Carnivorous vines try to ensnare the friends in their tendrils, forcing the group to fight for survival.

When their plans for a nature trip go awry, Polly Watt (Jill Wagner) and boyfriend Seth Belzer (Paulo Costanzo) decide to check into a motel. On their way, they’re carjacked and kidnapped by low-rent crooks Dennis Farell (Shea Whigham) and Lacey Belisle (Rachel Krebs), who take the victims and their SUV to a nearby gas station. Along the way, they encounter an increasingly terrifying horde of parasites, and if any of them intend to survive, they’ll have to outsmart the deadly organisms. 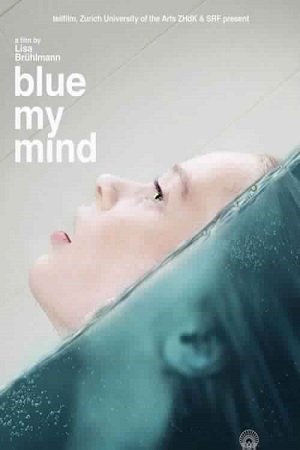 Going through puberty can be scary. One’s body undergoes so many changes, from hair showing up in unexpected areas, strange dreams, and weird odors, it’s no secret that many people find that time of their life to be both traumatic and off-putting. But what happens when your body begins to change in ways that are completely unexpected? What can you do when your toes begin to fuse together, you grow scales, and suddenly have an explicable urge to devour raw fish? Lisa Brühlmann explores how a young girl’s body drastically changes in Blue My Mind, the moment she has her first period and is navigating a new high school. Anyone who knows me knows that I have a strange fascination for body horror movies or books that embrace a coming of age tale (much like in Teeth and Ginger Snaps). It’s probably why my coming of age feminist horror story, Good Sister, Bad Sister also features body horror.

The film opens with scenes of a little girl near the sea, quickly evoking to the aquatic atmosphere that will be in the background throughout the whole film till it takes center stage in the final closing scenes. The film takes place in modern Switzerland, mostly centered around a high school. Mia (Luna Wedler) is a new student and is quickly drawn to queen bee Gianna (Zoë Pastelle Holthuizen) and her group of friends. But these new friends have dangerous pastimes which include shoplifting, recreational drugs, and meaningless sex. 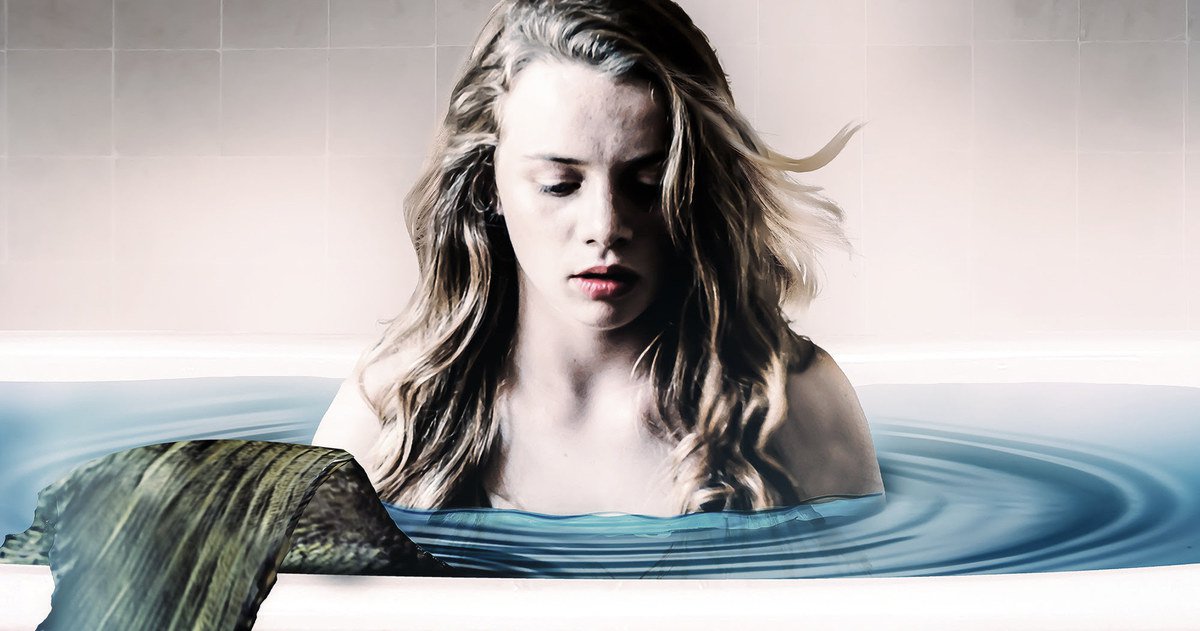 Mia struggles to fit in putting herself in dangerous situations all while she is dealing with her body changing in unexpected ways. Her parents, although clueless to her inner turmoil, do sense that something is wrong with her and decide to send her back to therapy. While Mia is more preoccupied with her physical malaise and decides to seek a doctor, only to run out during her visit when she feels like the doctor is unable to provide her the answers she’s seeking. Much like Kafka’s Metamorphosis, Mia’s change occurs without a rational explanation (at least in Ginger Snaps, Ginger is bitten by a werewolf and in Teeth, Dawn’s mutation was something she had since birth).

Mia’s isolation is palpable, and it’s fitting that the only one to have her back is Gianna (her mother left her to live in the U.S. with a new love and her dad doesn’t give her the time of day). The movie centers around their friendship which at times seems to resonate with queerness (there are several instances where it seems like the two girls are going to kiss). Both girls save each other from perils (Mia saves Gianna from drowning while Gianna saves Mia from a group of young men who have nefarious intentions). So, when Mia’s transformation is complete, it’s no surprise that the only person she thinks about calling in her time of need is Gianna.

Some of the themes explored in the film are self-harm (instances where we see Mia drinking salt water, which bulimics use as a way to induce vomiting and cutting away the freakish parts of her body with manicure scissors), alienation (the more Mia changes, the lonelier she feels), and body dysmorphia (where feeling like a freak, much like Kafka’s Metamorphosis, ultimately enables you to physically become a freak). 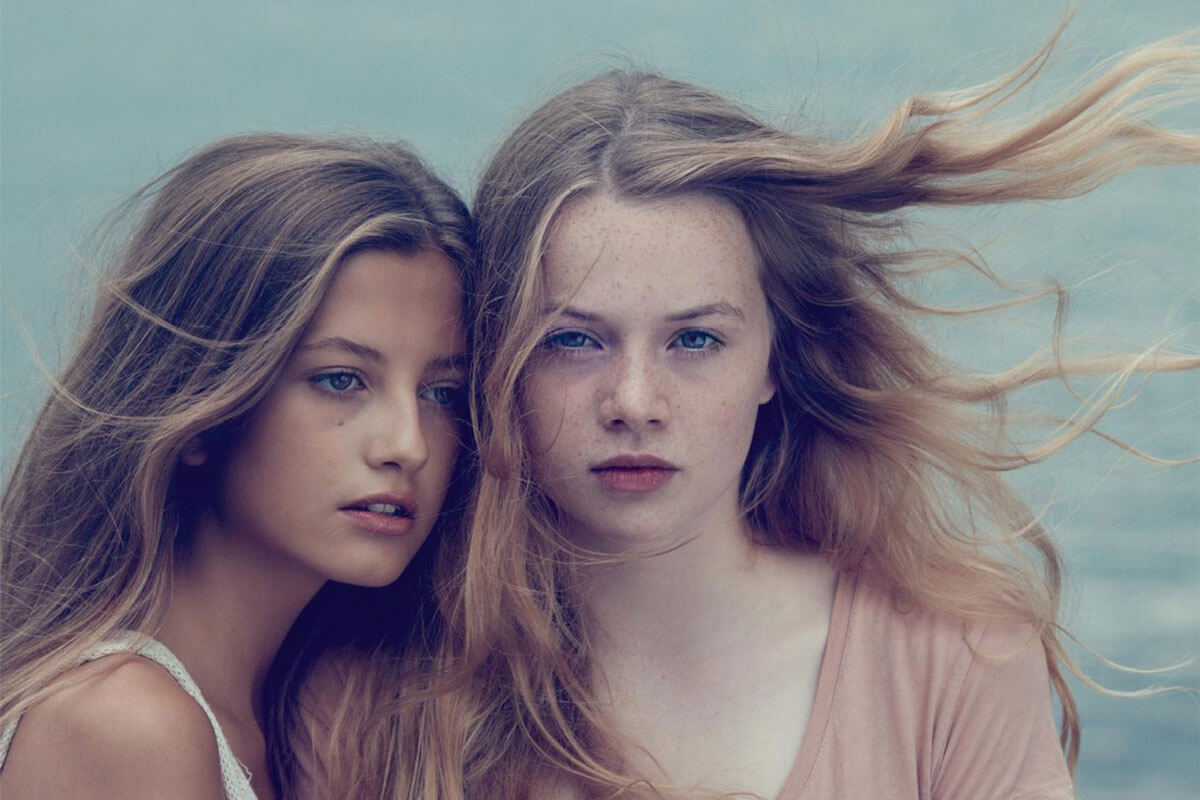 In some respects, this film is also a feminist horror. The film often sees the males that Mia encounters to be self-serving creeps who have no regard for her feelings and only see her as a sexual object. But Mia isn’t a victim, because her changes allow her to grow in physical strength despite the fact that she’s emotionally breaking down.

As the film reaches its harrowing end, we’re left with the feeling that perhaps the only way to be true to oneself is to not run away from what you truly are on the inside. Even if revealing your true self will potentially isolate you from the rest of society. But is anyone really in need of half-assed relationships when there are better fish in the sea?

Recommended for fans of The Little Mermaid with a dark, Brother Grimm’s coming of age twist.