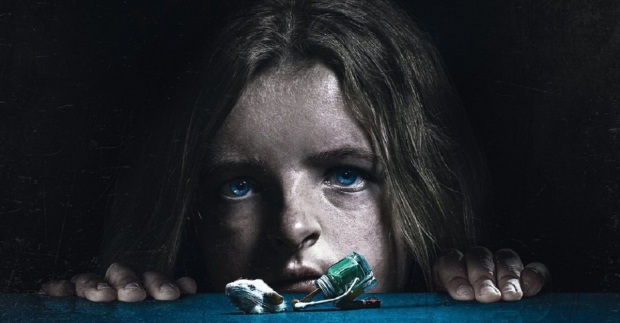 After the family matriarch passes away, a grieving family is haunted by tragic and disturbing occurrences, and begin to unravel dark secrets.

*SPOILERS ALERT* if you have not seen the movie yet, DO NOT read further!

Hereditary is Ari Aster’s first feature film, hailed as the “scariest horror movie of the year”. The film is packed with unsettling visuals and a creepy atmosphere. The movie sees a superb Toni Collette as the troubled Annie, who has to deal with the recent passing of her mother. But as viewers will soon see, it isn’t that death that is the catalyst moment of the movie, but rather a second more dramatic death that occurs shortly, that of daughter Charlie (Milly Shapiro). This second death is the one that begins to tear the family apart at the seams, pitting Annie against her son Peter (Alex Wolff), and husband Steve (Gabriel Byrne). 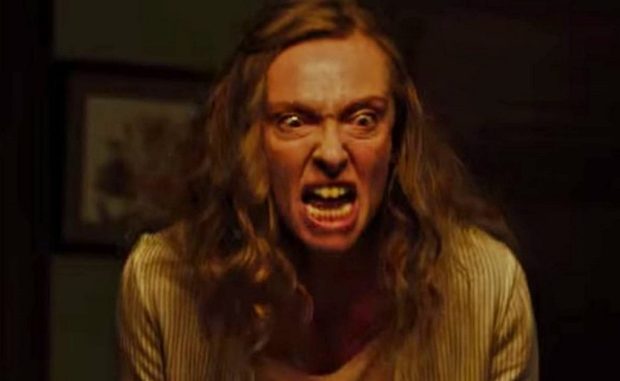 The movie is riddled with symbols and foreshadowing galore. During a class discussion about the flaws of Greek mythology Heracles, a student states: “The characters are all just pawns in this horrible hopelessness.” Which heavily foreshadows how every single character in this movie are simply just pawns of King Paimon, and that they will all be met with tragic deaths.

Here are THREE SYMBOLS that you may have missed whilst watching the movie:

001. Chocolate – Back in the early 1600’s, chocolate was referred to as the Devil’s elixir, hence where the name for the famous chocolate on chocolate cake comes from, Devil’s Food Cake. This symbol is used from the very beginning in the movie, suggesting that Charlie may already have been possessed by King Paimon (one of Hell’s kings) or just a foreshadowing that she will be possessed.

002. The Red Doorknob – Charlie’s room has a red doorknob, similar to the one shown in The Sixth Sense, symbolizing the presence of spirits or possible spirit possessions.

003. King Paimon’s Symbol – This is present from the very beginning of the movie, first seen as a pendant that Annie’s mother is wearing whilst in the casket at the funeral. Another instance where we see this symbol is on the pole that decapitates Charlie the night of the accident, as well as in Joan’s home after she has placed a curse on Annie’s family, and also in blood on the roof of the attic where Annie’s mother’s body has been placed. Lastly, at the very end, when the audience finally sees the idol representation of King Paimon, wearing that same symbol.

Have you seen this movie? What did you think? Let me know below!