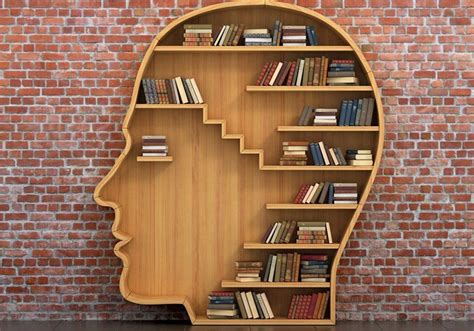 I love reading, and it’s the one thing I do at work during my breaks and lunchtime. This past year I’ve been reading a lot more, especially new releases since NetGalley has been hooking me up with ARCs. Spring-Summer 2020 has some very amazing releases. Below are my Top 5 New Releases that I can’t wait to read!

For the first eighteen years of her life, Rose Gold Watts believed she was seriously ill. She was allergic to everything, used a wheelchair and practically lived at the hospital. Neighbors did all they could, holding fundraisers and offering shoulders to cry on, but no matter how many doctors, tests, or surgeries, no one could figure out what was wrong with Rose Gold.

Turns out her mom, Patty Watts, was just a really good liar.

After serving five years in prison, Patty gets out with nowhere to go and begs her daughter to take her in. The entire community is shocked when Rose Gold says yes.

Patty insists all she wants is to reconcile their differences. She says she’s forgiven Rose Gold for turning her in and testifying against her. But Rose Gold knows her mother. Patty Watts always settles a score.

Unfortunately for Patty, Rose Gold is no longer her weak little darling…

And she’s waited such a long time for her mother to come home.

*This book reminds me so much of The Act and Gypsy Rose and since that story is so intriguing to me I can’t wait to read this novel.

2017. Amid the rising wave of allegations against powerful men, a reckoning is coming due. Strane has been accused of sexual abuse by a former student, who reaches out to Vanessa, and now Vanessa suddenly finds herself facing an impossible choice: remain silent, firm in the belief that her teenage self willingly engaged in this relationship, or redefine herself and the events of her past. But how can Vanessa reject her first love, the man who fundamentally transformed her and has been a persistent presence in her life? Is it possible that the man she loved as a teenager—and who professed to worship only her—may be far different from what she has always believed?

Alternating between Vanessa’s present and her past, My Dark Vanessa juxtaposes memory and trauma with the breathless excitement of a teenage girl discovering the power her own body can wield. Thought-provoking and impossible to put down, this is a masterful portrayal of troubled adolescence and its repercussions that raises vital questions about agency, consent, complicity, and victimhood. Written with the haunting intimacy of The Girls and the creeping intensity of Room, My Dark Vanessa is an era-defining novel that brilliantly captures and reflects the shifting cultural mores transforming our relationships and society itself.

*As a teenager I loved the book Lolita, so I’m down with forbidden loves and the moral complications those spur.

Ever since Margot was born, it’s been just her and her mother. No answers to Margot’s questions about what came before. No history to hold on to. No relative to speak of. Just the two of them, stuck in their run-down apartment, struggling to get along.

But that’s not enough for Margot. She wants family. She wants a past. And she just found the key she needs to get it: A photograph, pointing her to a town called Phalene. Pointing her home. Only, when Margot gets there, it’s not what she bargained for.

Margot’s mother left for a reason. But was it to hide her past? Or was it to protect Margot from what’s still there?

The only thing Margot knows for sure is there’s poison in their family tree, and their roots are dug so deeply into Phalene that now that she’s there, she might never escape.

*I had the pleasure to read Rory’s debut novel and really loved it, and she was also a pleasure to interview, so I can’t wait to see what sort of craziness she has brewed up this time.

Maggie Holt is used to such questions. Twenty-five years ago, she and her parents, Ewan and Jess, moved into Baneberry Hall, a rambling Victorian estate in the Vermont woods. They spent three weeks there before fleeing in the dead of night, an ordeal Ewan later recounted in a nonfiction book called House of Horrors. His tale of ghostly happenings and encounters with malevolent spirits became a worldwide phenomenon, rivaling The Amityville Horror in popularity—and skepticism.

Today, Maggie is a restorer of old homes and too young to remember any of the events mentioned in her father’s book. But she also doesn’t believe a word of it. Ghosts, after all, don’t exist. When Maggie inherits Baneberry Hall after her father’s death, she returns to renovate the place to prepare it for sale. But her homecoming is anything but warm. People from the past, chronicled in House of Horrors, lurk in the shadows. And locals aren’t thrilled that their small town has been made infamous thanks to Maggie’s father. Even more unnerving is Baneberry Hall itself—a place filled with relics from another era that hint at a history of dark deeds. As Maggie experiences strange occurrences straight out of her father’s book, she starts to believe that what he wrote was more fact than fiction.

*Riley Sager has become the sort of author that I automatically read anything he writes. I’ve enjoyed all of his novels so far and am really intrigued to read this one!

Patricia Campbell’s life has never felt smaller. Her ambitious husband is too busy to kiss her good-bye in the morning, her kids are wrapped up in their own lives, and she’s always a step behind on thank-you notes and endless chores. The one thing she has to look forward to is her book club, a close-knit group of Charleston women united by their love of true crime and suspenseful fiction.

This predictable pattern is upended when Patricia is viciously attacked by an elderly neighbor, bringing the neighbor’s handsome relative, James Harris, into her life. Sensitive and well-read, James makes Patricia feel things she hasn’t felt in twenty years. But there’s something…off…and then Patricia’s senile mother-in-law insists she knew him back when she was a girl.

When local children go missing, Patricia has reason to believe that James may be more Bundy than Beatnik. But once she and the book club members investigate further, the true monster emerges—and he’s far more terrifying than any serial killer they’ve ever read about.

*I read Grady’s book We Sold Our Souls last year and it was one of my fave reads of the year, and seeing that this new book also has vampires, I’m totally jumping on this bloodsucking bandwagon!

What are some of the books you’re looking forward to in 2020?